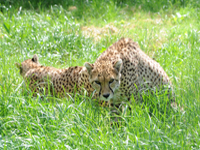 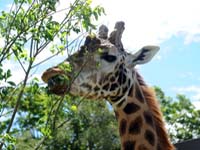 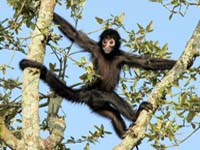 FOTA Wildlife Park is located approximately 11 kilometres (seven miles) East of Cork City, adjacent to Fota Island Golf and Leisure Resort. It opened in 1983 in a joint project between the Zoological Society of Ireland and University College Cork (UCC). It is a recognised charity and is completely self-financing. It has been listed as one of Ireland’s top ten visitor attractions for several years now.

The park plays a vital role in the areas of wildlife conservation, education and establishing breeding programmes to help restore populations of some species while protecting the very survival of others.

Gilabbey Veterinary Hospital, under the leadership of Mr. Liam Guerin began providing veterinary services to Fota in the mid 1980’s, and this work is currently being continued by Mr. Pat O’Doherty and Mr. Tom Conway.

Providing services to a host of wildlife brings many challenges and demands not normally encountered in the day to day work of a veterinary practice but we all acknowledge the colour and variety that working in a wildlife park brings to our professional lives.

Gilabbey Veterinary Hosptial and Fota Wildlife Park have continued to improve and expand together over the last 30 years. Gilabbey Veterinary Hospital is now recognised as a centre of excellence in veterinary medicine, and Fota is recognised as one of the largest open zoological parks in Europe and only recently announced the arrival of further new species to the park, many of whom are currently on the endangered list. These include Sumatran Tigers, Indian Rhinos and Asian Lions.

Fota Wildlife Park is a wonderful amenity for the people of Cork and beyond, and Gilabbey Veterinary Hospital is proud to play a part in the future success and development of Fota in the years ahead.